What Is MDMA? (aka Ecstasy or Molly) 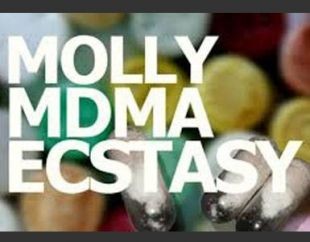 What Is MDMA? (aka Ecstasy or Molly)

“Ecstasy” and "Molly" are slang terms for MDMA, short for 3,4-methylenedioxymethamphetamine, a name that’s nearly as long as the all-night parties where MDMA is often used. That's why MDMA has been called a “club drug.” It has effects similar to those of other stimulants, and it often makes the person feel like everyone is his or her friend, even when that’s not the case.

MDMA is man-made—it doesn't come from a plant like marijuana or tobacco do. Other chemicals or substances—such as caffeine, dextromethorphan (found in some cough syrups), amphetamines, PCP, or cocaine—are sometimes added to, or substituted for, MDMA in Ecstasy or Molly tablets. Makers of MDMA can add anything they want to the drug, so its purity is always in question.

What Are the Common Street Names for MDMA?

How Is MDMA (Ecstasy or Molly) Used?

Most people who abuse MDMA take a pill, tablet, or capsule. These pills can be different colors, and sometimes have cartoon-like images on them. Some people take more than one pill at a time, called "bumping."

How Many Teens Abuse MDMA (Ecstasy or Molly)?

Is MDMA (Ecstasy or Molly) Addictive?

Like other drugs, MDMA can be addictive for some people. That is, people continue to take the drug despite experiencing unpleasant physical side effects and other social, behavioral, and health consequences.

No one knows how many times a person can use a drug before becoming addicted or who's most vulnerable to addiction. As with other drugs of abuse, a person’s genes, living environment, and other factors play a role in whether they are likely to become addicted to MDMA.

What Are the Common Effects of MDMA (Ecstasy or Molly)?

For most people, a “hit” of MDMA lasts for 3 to 6 hours. Once the pill is swallowed, it takes only about 15 minutes for MDMA to enter the bloodstream and reach the brain. About 45 minutes later, the person experiences MDMA's “high.” That’s when the drug is at its peak level. People who use MDMA might feel very alert, or “hyper,” at first. Some lose a sense of time and experience other changes in perception, such as an enhanced sense of touch. Others experience negative effects right away. They may become anxious and agitated. Sweating or chills may occur, and people may feel faint or dizzy.

MDMA can also cause muscle tension, nausea, blurred vision, and increased heart rate and blood pressure. Forceful clenching of the teeth can occur, and individuals at clubs have been known to chew on pacifiers to relieve some of the tension.

But it doesn't stop there. Even if a person takes only one pill, the side effects of MDMA—including feelings of sadness, anxiety, depression, and memory difficulties—can last for several days to a week (or longer in people who use MDMA regularly).

What Are the Dangers of Using MDMA (Ecstasy or Molly)?

People who use MDMA can become dehydrated through vigorous activity in a hot environment. It may not seem like a big deal, but when MDMA interferes with the body's ability to regulate its temperature, it can cause dangerous overheating, called hyperthermia. This, in turn, can lead to serious heart and kidney problems—or, rarely, death. MDMA can be extremely dangerous in high doses or when multiple small doses are taken within a short time period to maintain the high. High levels of the drug in the blood stream can increase the risk of seizures and affect the heart's ability to maintain its normal rhythms.

What Risks to the Brain Can MDMA (Ecstasy or Molly) Use Cause?

Messages travel through our brains through nerve cells, or neurons. Researchers that study the brain think that MDMA may affect neurons that use serotonin to communicate with other neurons. The serotonin system plays a direct role in controlling our mood, aggression, sexual activity, sleep, and sensitivity to pain. Another bit of bad news—researchers have seen memory loss among regular users of MDMA.

What Are the Long-Term Effects of Using MDMA (Ecstasy or Molly)?

We still don’t know whether MDMA causes long-term brain damage in humans, or whether the effects are reversible when someone stops using the drug. A study of animals showed that exposure to high doses of MDMA for 4 days produced brain damage that could still be seen 6 to 7 years later. The good news is that the researchers found that some of the nerve fibers grew back in the same places. But, we still don’t know if these new neurons work like the old ones. It's like cutting off a branch of a fruit tree: The tree is still alive and can sprout a new limb near the site of the cut, but it may not bear as much fruit as the old one.